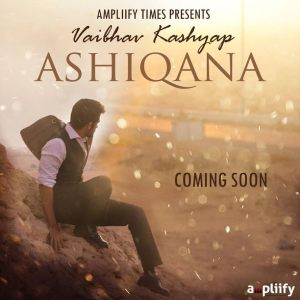 A newly setup production house, Ego Centric Films, are coming up with their first venture – a Music Video.

ASHIQANA marks the coming together of various independent talents in a unique music project. Vaibhav Kashyap is a Hindi Playback Singer based out of Dubai who has been an avocational singer for many years before he decided to make the jump and record his debut single, Ashiqana. The song and its video have been produced by Ego Centric Films, Written and Directed by Sudeep Nigam. Ego Centric Films provide top of the line Film Production services, specializing in Line Production, Executive Production and Screenwriting. The Music of the song is given by Jiten Singh while the Original Composition is of Aniket Dhingra, a Delhi-based independent musician. Aniket has also co-written the Lyrics with Sudeep. The song has been picked up by Ampliify Times Record Label, which is famous for supporting independent Music artists.

Premise – When a heart breaks, the mind gets stronger. In our deepest miseries, lie our greatest strengths. Ashiqana is one such story of love, heartbreak and life.. which inevitably moves on! Check out the Teaser now –