The nominations for the 88th Annual Academy Awards® were announced yesterday and Universal Pictures’ movies were recognized in several categories. The studio has received astounding 14 nominations from movies like The Danish Girl, Steve Jobs, Straight Outta Compton to Fifty Shades of Grey and Room. 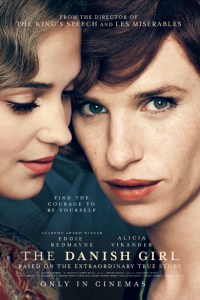 In the Best Original Song category, the studio was nominated for “Earned It” from Fifty Shades of Grey.

“I’m incredibly grateful to the Academy for this nomination – particularly in a year with so many brilliant films and performances. This nomination is a testament to the vision of our fearless director Tom Hooper, and the support of my fellow cast members especially the incandescent Alicia Vikander. Being recognised for THE DANISH GIRL is particularly special to me; if sharing Lili and Gerda’s journey and their love story can in any small way be a part of positive social change – then I will be even more grateful.”– Eddie Redmayne, Academy Award nominee for Performance by Actor in a Leading Role [Motion Picture] (THE DANISH GIRL)

“I am thrilled, and grateful, for the acknowledgment from the AMPAS voters. Our movie coalesced beautifully under the guidance of our great director, Tom Hooper. I proudly share this nomination with Michael Standish, and we are so happy that our wonderful colleagues from THE DANISH GIRL were also recognized.”– Eve Stewart, Academy Award nominee for Achievement in Production Design [Motion Picture] (THE DANISH GIRL)

“Hearing my name in the nominees list this year made me very happy, and I want to thank the Academy for this wonderful nomination. My team and I are so grateful to AMPAS members to have thought that our work in The Danish Girl is worthy of such an important award. To be nominated is a massive honor, particularly among the other amazing designers whose work I profoundly admire. What a big reward! I also want to thank Tom Hooper and the producers for allowing me to design the wonderful love story of transgender pioneer Lili Elbe and her wife Gerda Wegener.”– Paco Delgado, Academy Award nominee for Achievement in Costume Design [Motion Picture] (THE DANISH GIRL)

“I am deeply grateful to The Academy for this honour. To be recognized alongside these actresses and their inspiring performances is humbling. To be a part of bringing The Danish Girl to life was such a gift and to receive this nomination is a thrill.”– Alicia Vikander, Academy Award nominee for Performance by an Actress in a Supporting Role [Motion Picture] (THE DANISH GIRL)

“Thank you to the Academy, I feel very privileged for this nomination and honored to be considered in what has been such a great year for cinema.” -Michael Fassbender, Academy Award nominee for Performance by Actor in a Leading Role [Motion Picture] (STEVE JOBS)