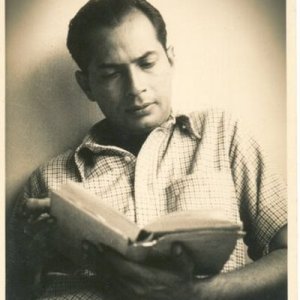 Today is veteran filmmaker Bimal Roy 50th death anniversary. Known for his realistic and socialistic films like Do Bigha Zamin, Parineeta, Madhumati, Sujata, Bandini etc, he remains till date one of the most important directors that Hindi or Indian Cinema has seen. As a tribute to Vittorio De Sica’s Bicycle Thieves (1948),he made Do Bigha Zameen. He won a number of awards throughout his career, including eleven Filmfare Awards, two National Film Awards, and the International Prize of the Cannes Film Festival. Madhumati won 9 Filmfare Awards in 1958, a record held for 37 years.

Here’s a wonderful documentary on Bimal Roy,produced by Doordarshan as part of its “Portrait of the Director” series. This documentary is written by Khalid Mohamed and directed by Ramesh Sharma.