These days it’s very rare to go in for a Telugu film and come out unscathed, year after year the standard continues to hit a new low. So for all those who are still feeling happy about Baahubali, Srimanthudu and Bale Bale Magadivoy, let me remind you all that it’s time to move on. After all 2015 is already behind us and 2016 has been ushered in. I don’t know about others but these days I generally prefer to watch a Telugu film in theatre only if there’s a clear positive vibe emerging from the promos and other sources, or if the people involved (read actors and/or director) are encouraging enough or if the word of mouth turns out to quite positive (one may still not like a film despite all this, but let’s ignore that for now). Gone are the days when one could randomly take the risk of watching any Telugu film without really knowing anything much about it. Considering all that it was interesting to open my tally of films in the New Year with a Telugu film about which I had frankly not much of an idea.

I am referring to Nenu Sailaja, the Telugu film with which Kishore Tirumala makes his debut as writer-director, through which he brings to us a fresh new romantic pair, Ram Pothineni and Keerthi Suresh. Of course Ram is quite a popular actor and I have seen a lot of his films in the past, but of late his urge to mainly try his luck with larger than life formulaic films has been a put-off of sorts. Keerthi who has already done films in Malayalam and Tamil, makes her Telugu debut with this flick. The supporting cast is also quite decent, however I am not sure why but I just had a vague idea of this film and perhaps realized only towards the end of December that it was to be releasing on 1st of January. To make matters more interesting the film started quickly generating a positive feedback from all over. And when corroborated by people whose opinions are trustworthy I saw no reason why I shouldn’t start 2016 with Nenu Sailaja.

When the film starts we see that in his childhood Hari liked Sailaja but could never express his feelings to her and Hari’s family soon moves away to a new place altogether. As he grows up Hari (Ram) keeps getting rejected by every girl he proposes to. On the other hand ever since Sailaja’s father (Sathyaraj) missed a birthday of hers in her childhood she has been a little aloof from her father. Sailaja continues to remember Hari as the boy who brought a cheer on her face by making sure she could get to make use of the gift sent by her dad, but doesn’t even know his name. She isn’t someone who is pining for Hari but instead is happy whenever she thinks of him and his gesture. Hari too despite remembering Sailaja, has been otherwise busy with life in his own way. Destiny brings Hari and Sailaja together once again. What happens from thereon is what the rest of the film is all about. 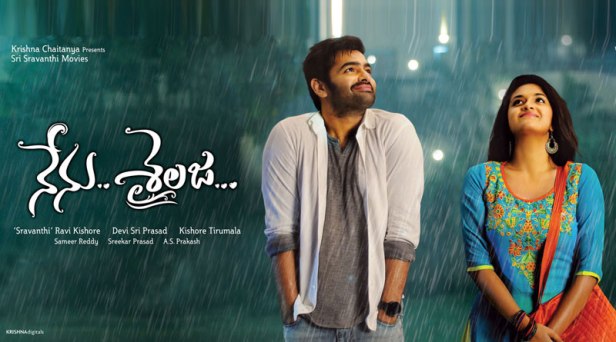 Nenu Sailaja has a reasonably simple plot and thankfully Kishore Tirumala never tries to create the impression of trying something out of the box. Once the premise is set up the film is off to a good start as we get to introduced to Hari and Sailaja and see what their World looks like. The first half moves along smoothly, yes there are songs, there is some scope for romance, and you do understand the general flow of the story. Thankfully Ram and Keerthi share some good chemistry, making their interactions in the first half look interesting. But post interval the plot gets a little too familiar as the narrative steps into the DDLJ zone; thankfully there are some differences though. It is good to see that the film despite stepping into the predictable zone still manages to stay a little unique and has some fresh appeal.  Due credit for this goes to Kishore Tirumala and the story writer Anand Chowdary Yaramati for managing to ensuring the same.

To start with, the number of characters as seen in similar Telugu entertainers is comparatively lesser over here, most importantly the usual set of comedians are thankfully missing.  Despite the family centric second half none of the family members, especially the elders are seen mouthing loud and dramatic dialogues. Yes the angle of the antagonist (Vamsi Krishna) may look a little forced, but then thankfully there is no gruesome violence or unwanted punch dialogues over here. Simply put Ram’s portrayal of Hari isn’t shown as playing to the gallery. The songs by Devi Sri Prasad are effective but not great while the film is visually pleasing, credit to DOP Sameer Reddy for ensuring the same. Among the supporting cast Pradeep Rawat has a meaty role as a thug with a weakness for romance and Sathyaraj is wonderful as Sailaja’s dad. Dhanya Balakrishna as Sailajas friend and Chaitanya Krishna as Sailaja’s cousin play their parts effectively. 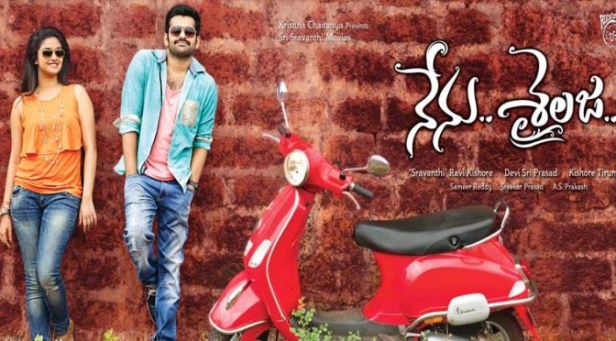 There was some scope in developing the romance between Hari’s sister (Srimukhi) and Sailaja’s brother (Prince), but that doesn’t happen. Perhaps Kishore Tirumala preferred to keep the focus upon Hari and Sailaja mostly, can’t really complain about the same though. As mentioned earlier Ram and Keerthi look good together and they share some wonderful chemistry in the first half. Strangely post interval Sailaja goes into this indecisive zone and from there it is mostly a Hari show, all we see Sailaja do from thereon is to mainly look angry or stare with a look of resigned fate. As far as Ram is concerned, this is a role that is right up his sleeve. This is a zone that he’s extremely comfortable with and he ensures that the proceedings are kept engaging despite the routine route. Keerthi is someone with potential, and does well in the first half. Unfortunately the post interval portions do not really give her much scope.

Ultimately Nenu Sailaja isn’t an outstanding film, but it is certainly refreshing and easily one of the better Telugu films in recent times. This is a good film for Telugu Cinema to have started off the year with, here’s hoping that this translates into more good films to follow from the industry in the rest of the year.

One thought on “Nenu Sailaja Movie Review: A Fun Start for Telugu Cinema in the New Year”