Guddu Rangeela is a prominent singer in Bhojpuri music industry, famous or rather infamous for his songs that are laced with sexual innuendos and crass lyrics. Subhash Kapoor’s film Guddu Rangeela, on the contrary, opens with an absolutely riveting ‘modern devotional song’- Mata Ka Email. While many may not be familiar with the Bhojpuri singer Guddu Rangeela, but the irony of the film, with that same notorious name, starting with a hilarious devotional song will not be lost on someone from Bihar. Sadly, despite a funny start and a reasonably exciting mid-point, Subhash Kapoor’s film squanders its potential in a dreary, lost second half. 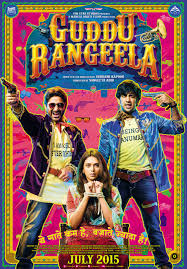 The film is set in the rural milieu of Haryana, a land known for its notorious Khap panchayats, local political strongmen and a society marred by deep caste divides. Guddu (Amit Sadh) and Rangeela (Arshad Warsi) are brothers who pose as local orchestra players but are in reality petty thieves-cum-informers who tip off organized burglary gangs about potential wealthy households. Circumstances embroil the brothers into a kidnapping incident where it turns out that their supposed victim Baby (Aditi Rao Hydari) has dragged them into a game plan of her own. Also in the frame is Billu Pehelwan (Ronit Roy), a local MLA and Khap strongman who has a past to share with all the three protagonists – Guddu, Rangeela and Baby.

To be fair to the writer-director Subhash Kapoor, Guddu Rangeela does have an enticing premise beaming with great promise. Although, the film is riddled by numerous sub-plots, they never really drag down the film. What pulls the film down is its meandering screenplay and treatment in the second half. You are confused about the intentions of the maker as to what exactly he is trying to dish out – a social commentary, a satire, a crime-thriller, a comedy, or wait, a love story? The tacky Guddu-Baby love song in the second half comes out of nowhere and unnecessarily drags the film’s run time. Similarly, there are some unwanted and long cat-and-mouse sequences where Guddu and Rangeela, or their brethren, land in a soup, only to come out of it unscathed. The film’s climax is also not executed perfectly with the numerous unpolished sub-plots suddenly raising their hands to get noticed. And yes, there’s an attempt to deliver a lecture on futility of Khaps and women empowerment towards the end. That entire scene is so preachy and somewhat embarrassing that you shift in your seat a little. 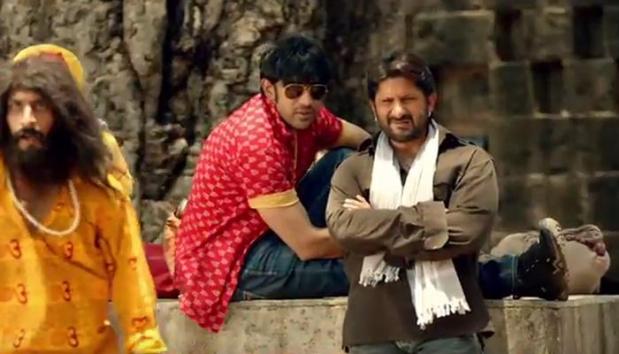 But at heart, Guddu Rangeela is a harmless comical affair. As pointed earlier, the film has a breezy first half that is sprinkled with ample doses of humor – humor that is overt but also tastefully subtle at times. The camaraderie of brothers, Arshad Warsi and Amit Sadh, is pretty cool and together they look like a team of goons-with-noble-hearts that you feel like rooting for. While Amit Sadh plays the more extrovert and ‘rangeen’ Guddu (I wonder why he was not named Rangeela, given his penchant for flings), Arshad Warsi plays the more restrained but much-wittier Rangeela. Arshad Warsi is in form here after a long time and gets to mouth a bulk of the film’s quirky, excellent dialogues. Amit Sadh is well-suited for his role and Aditi Rao Hydari does a fantastic job of her relatively sizable role in the first half. The romantic angle between the two is little inexplicable and largely untapped. Among the support cast, Rajeev Gupta emerges as a show-stealer in the role of a Haryanawi Police officer whose innocence and superb comic timing belies the stereotypical portrayal of corrupt police officers in Hindi films. Ronit Roy looks menacing as the antagonist and seamlessly picks up a thick but believable Haryanawi accent.

Overall, Guddu Rangeela is one of those films that makes you think – ‘only if they could have done this differently’. A kind of film that you want to laud for its merits but you also cannot ignore its glaring loopholes. Watch this Subhash Kapoor film because it has some genuinely funny dialogues, a tempting premise and a couple of actors with great comic timing. Give it a miss, if you are absolutely averse to complicated subplots and lengthy ‘trapped-and-rescued’ sequences.