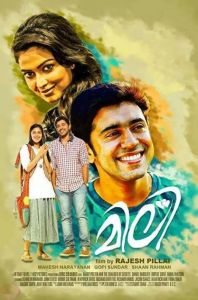 Rajesh Pillai shot to fame with his second Malayalam film Traffic (2011), which went on to be remade in Tamil as well. While the Hindi version (also called Traffic) has been made by Rajesh himself, it is yet to see a release despite being ready for a release. Also awaited is another long pending film of his, Motorcyle Diaries. But it looks like that before these 2 films release, Rajesh will soon see the release of Mili, a female centric Malayalam film. Featuring Amala Paul in the lead, the film also has Nivin Pauly, Shamna Kasim, Sanusha, Ambika, Sai Kumar, Amol Parashar etc. Written by Mahesh Narayanan, film is produced by Ordinary Films along with Cross Pictures, while the music is by Gopi Sunder and Shaan Rahman. Anishlal is the DOP while B.Abhilash is the editor of Mili.

Mili will be due for release shortly. Check out the trailer now.