I love crime films. I love thrillers. I am not a big fan of horror and action films. But if there is a good premise, I am open to watching it. And usually in festivals we have very few of these. I don’t know why. I don’t know if there is a stereotype. But at least we do have a few options this year at MAMI. And there is going to be a overdose of world cinema. So it is always good to have some films handy.And in case you want to just refresh yourself, its good to watch some pulp movie in between and then get ready for another Palme d’Or nominee.

First of all, check out the premise from IMDB “High in the Mountains, a widowed mother dies, leaving her two children orphaned. Fearing being split up they keep their mother’s death a secret. They survive until villagers destroy their innocence when they brutally assault the girl. Now the siblings must come of age to protect each other and survive” Looks dark and I love dark films. And premise point to interesting cinema in offering. Why dark horse? Well it has a 8.5 ratings on IMDB , though less number of votes (40). It hasn’t received any major award and is playing in the ATC section in MIFF. Trailer is ok, the grammar looks mainstream. Whatever it is I am looking forward to it. 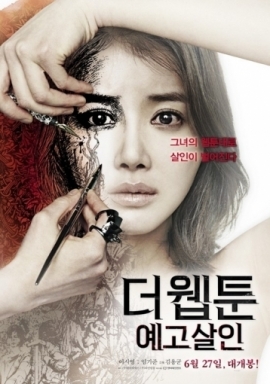 Here comes a Korean film with a terrific premise. “Popular horror web-comic artist Ji Yoon finds life imitating her own work when her publisher turns up dead in a way, precisely mirrors the images in her latest comic.” Rated relatively low at IMDB but still I think it is worth exploring. It is not often we get to see horror films at a film festival. And that too with a good storyline.

The Keeper of Lost Causes

“Police inspector Carl Mørck is put in charge of a department of cold cases, joined only by his assistant, Assad. They dig into a case about a disappeared woman.” It has a standard Premise but looks like a good film to wash of an overdose of world cinema. It has a good IMDB rating and 272 votes. It is good option to consider. The trailer is impressive.

Other good films to check out are.All is Lost and The Major Locke

Coming up next is Mumbai Film Festival 2013 Guide Part Four: The Classics